The entire collection can be viewed here: 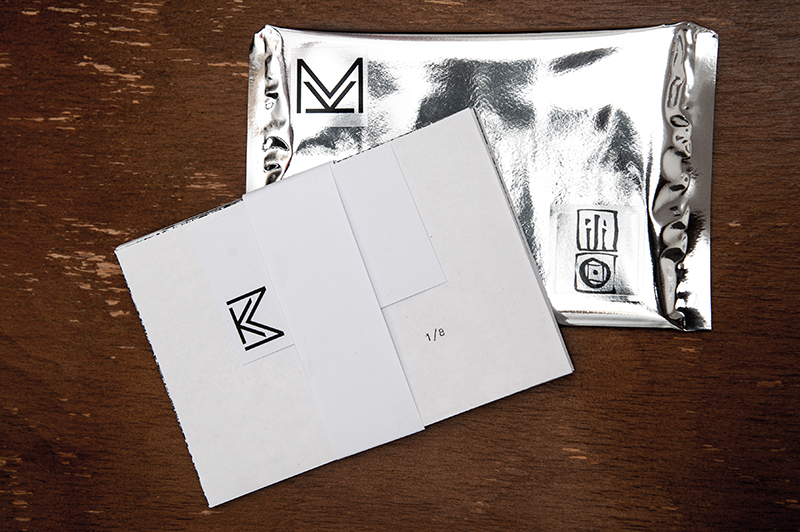 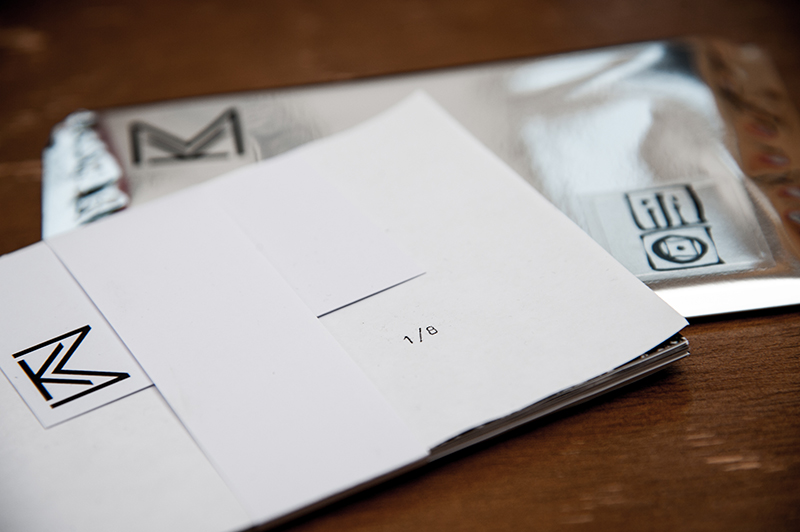 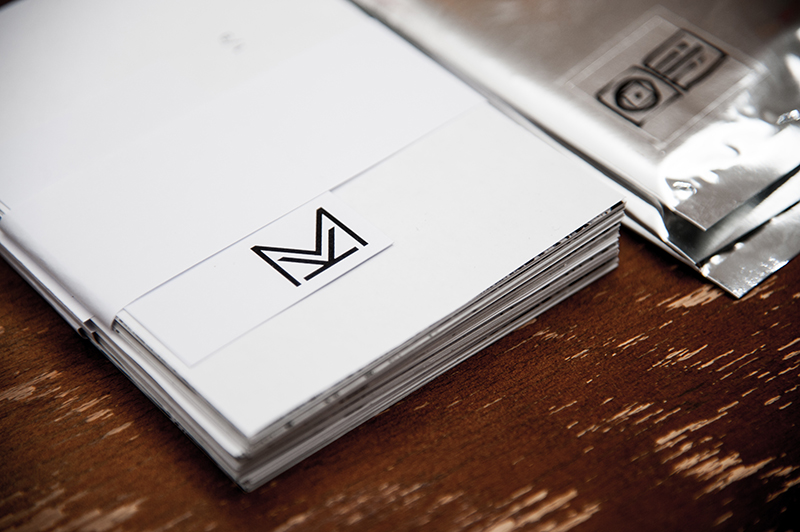 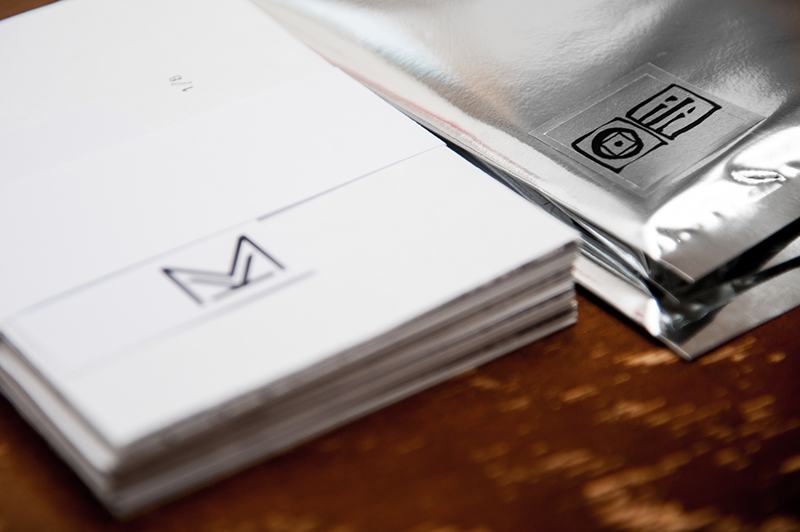 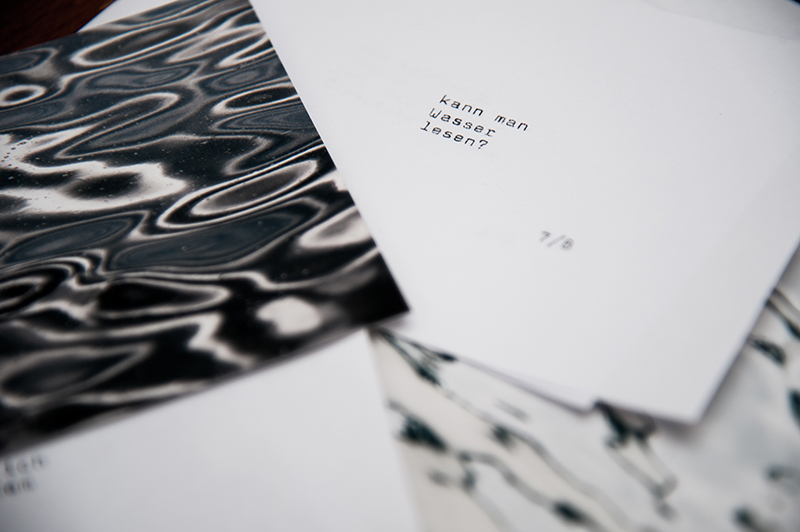 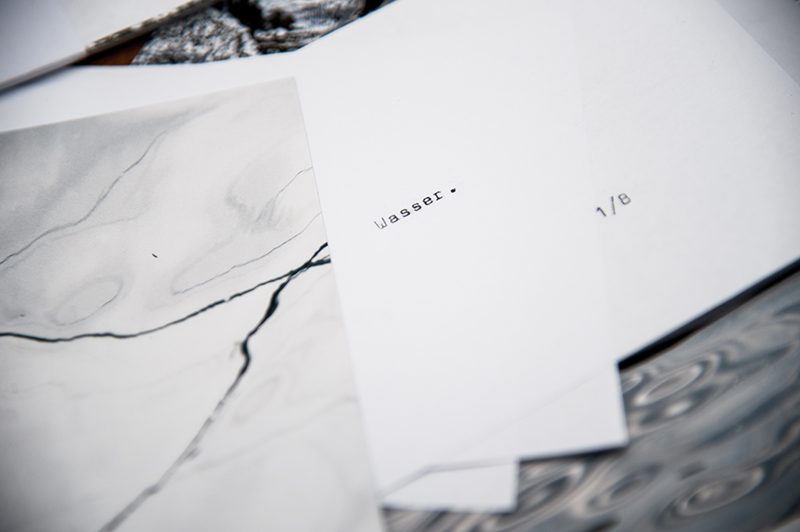 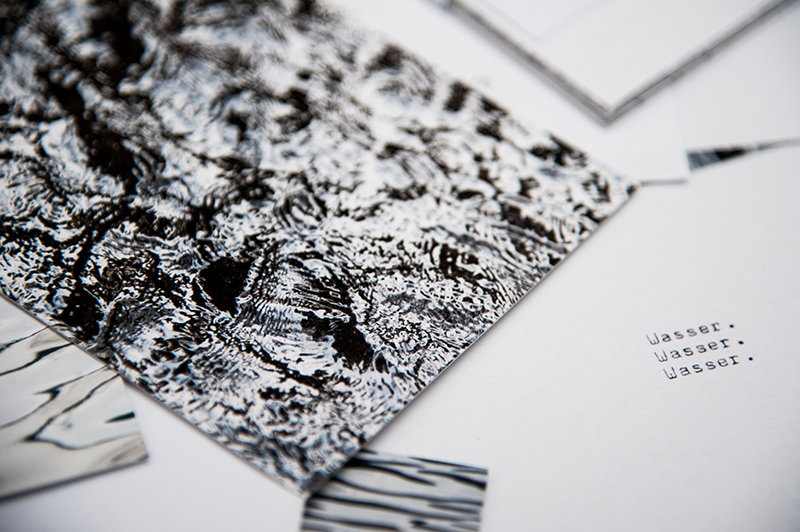 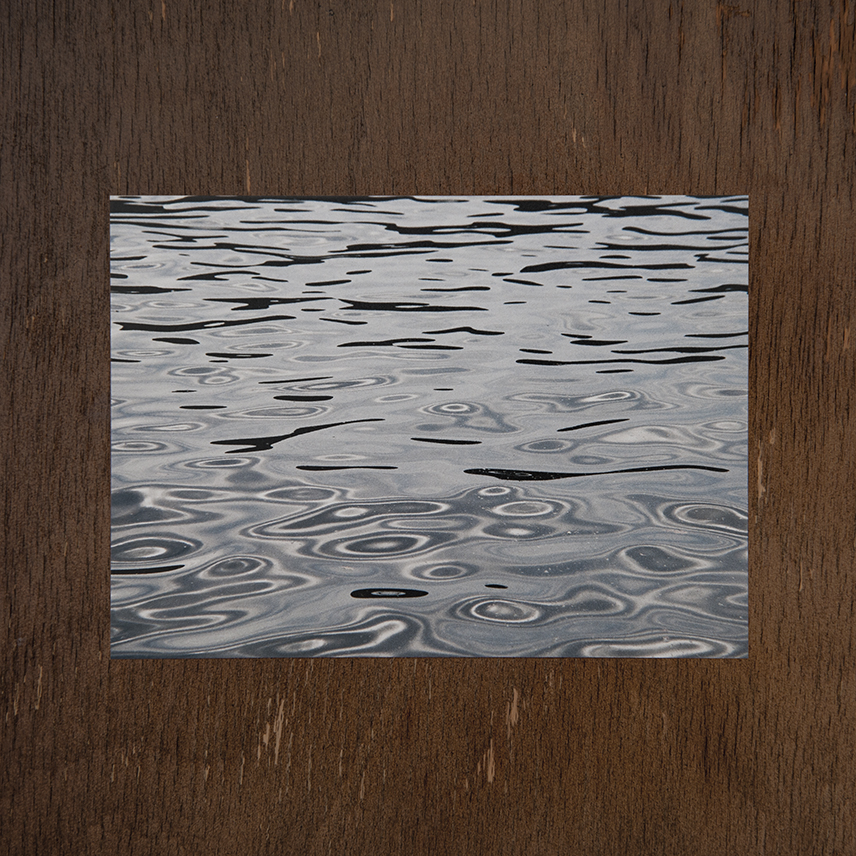 A collaboration by Michael Kofler and Lilian Wieser

This collection is a series of eight photographs by Michael Kofler accompanied by a poem by Lilian Wieser. The poem consists of eight parts, one for each photo.
In his work, Micheal Kofler teeters on the edge of abstraction. The variations of the reflections on the water surface and the various intensities of rippling and light incidence leave vivid colour stains on the two-dimensional surface of the picture. He draws attention to a physical phenomenon and invites us to lose ourselves in the regularity of the structures.
Like a scientist, Michael Kofler has collected photos like specimens for a year. He composed a collection of different water surfaces from various places like Triest and East Tyrol which exceeds by far the presented selection. The series shows a diversity of locations but also includes a more delicate variation of details from pictures taken at the same spot.
This collection is a continuation of the "Trunks" collection presented by Michael Kofler in 2015. Both series are a form of photography which loses itself in structures. In "Trunks", the photographer works with trees very much like he works with water surfaces in the present collection.
Lilian Wieser accompanies the photography work with a poem whose structure follows the eight-part form of the collection. The text display in the exhibition room refers to a traditional exhibition practice. The poem replaces information signs usually found in museums. However, these signs do not contain any information about the works, but ironic poetic language.
The combination of photography and writing is an attempt to integrate poetic images into the world of language, thus freeing visual work from a factual approach through an ironic poetic language. The artist describes the failure in achieving the same superficiality as water surfaces. The poem creates advertency for the need to secure a substance at the moment when doing so is impossible. Based on the "Trunks" collection presented in 2015 and with final words hinting at everyday life, the text aims at fostering awareness of a social reality, thus embedding pictures, words and artists in the exhibition.

Michael Kofler (1988) lives and works in Vienna.
After attending "die Graphische", school for media technology and visual communication, Kofler obtained his master photographer certification. In addition to his main focus on photography, he works with different media in various fields such as film, design and new media.

Works (selected):
In 2007, he collaborated with Leonie Wieser, Lisa Weber and Angela Scholz on the film |: (1)00 dB Arbeit :| ( A/2007 18 Min.), which was screened at the "Diagonale" in Graz and at the International Film Festival at the Film Academy in Vienna.

From 2009—2010 to 2015, Kofler has worked in depth with gender roles and stereotypes. This resulted in exhibitions in Vienna, Kautzen and Orth an der Donau.


Lilian Wieser (1985) lives and works in Vienna.
The textile artist and poet can look back on numerous completed and uncompleted trainings: fashion school Hetzendorf, art history in Vienna, art education at the university of art in Linz and the university of applied arts in Vienna. 2013 exhibition "Analog", her interpretation of the junction of textile and mathematics at the cultural center Flansch:Werk in Vienna. 2014 presentation of "Boyschen Fläche" at the Joint Mathematics Meeting in Baltimore. She blogs regularly about the fields she works in which, for the most part, tend to stay within their own boundaries. 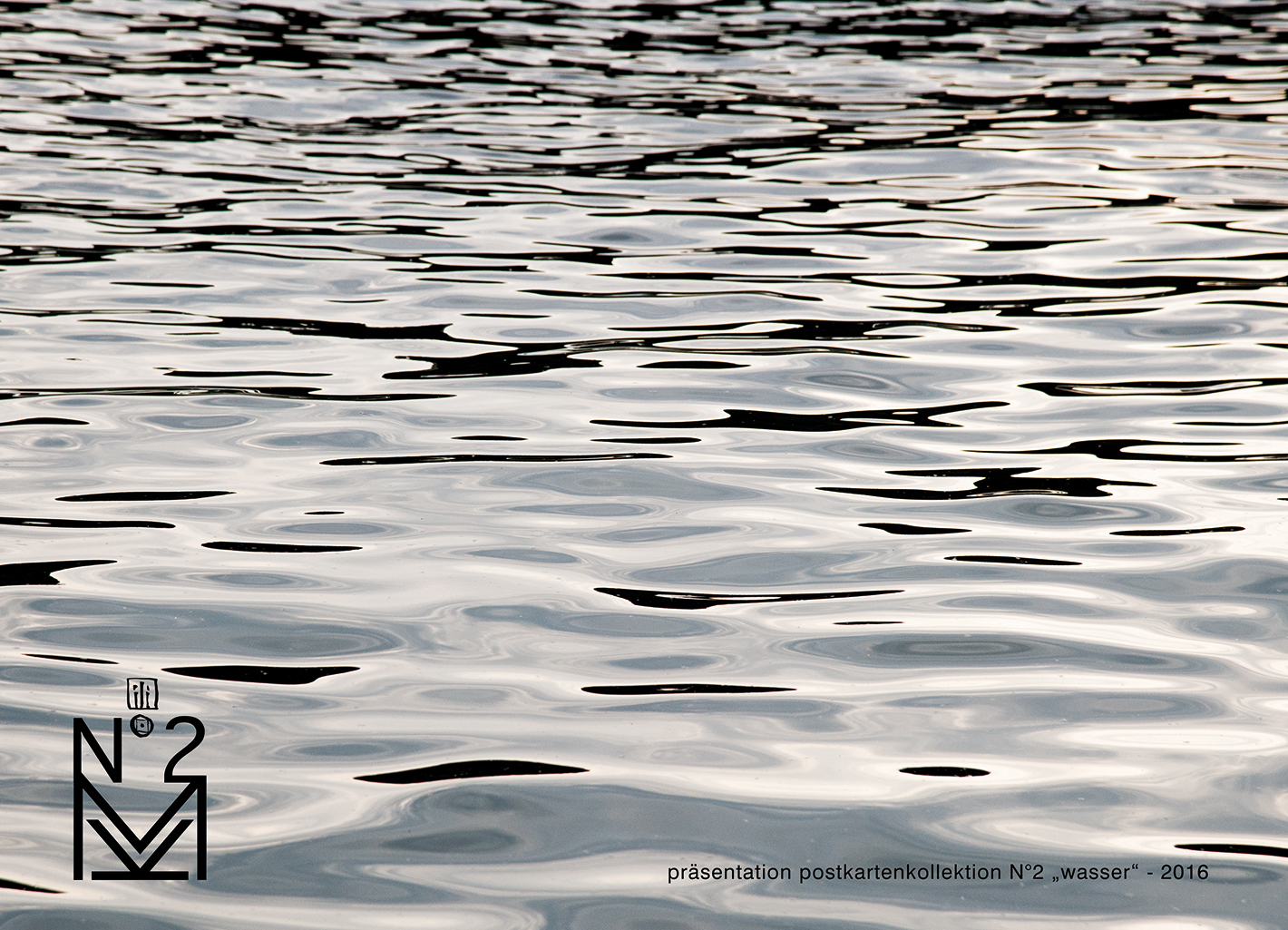 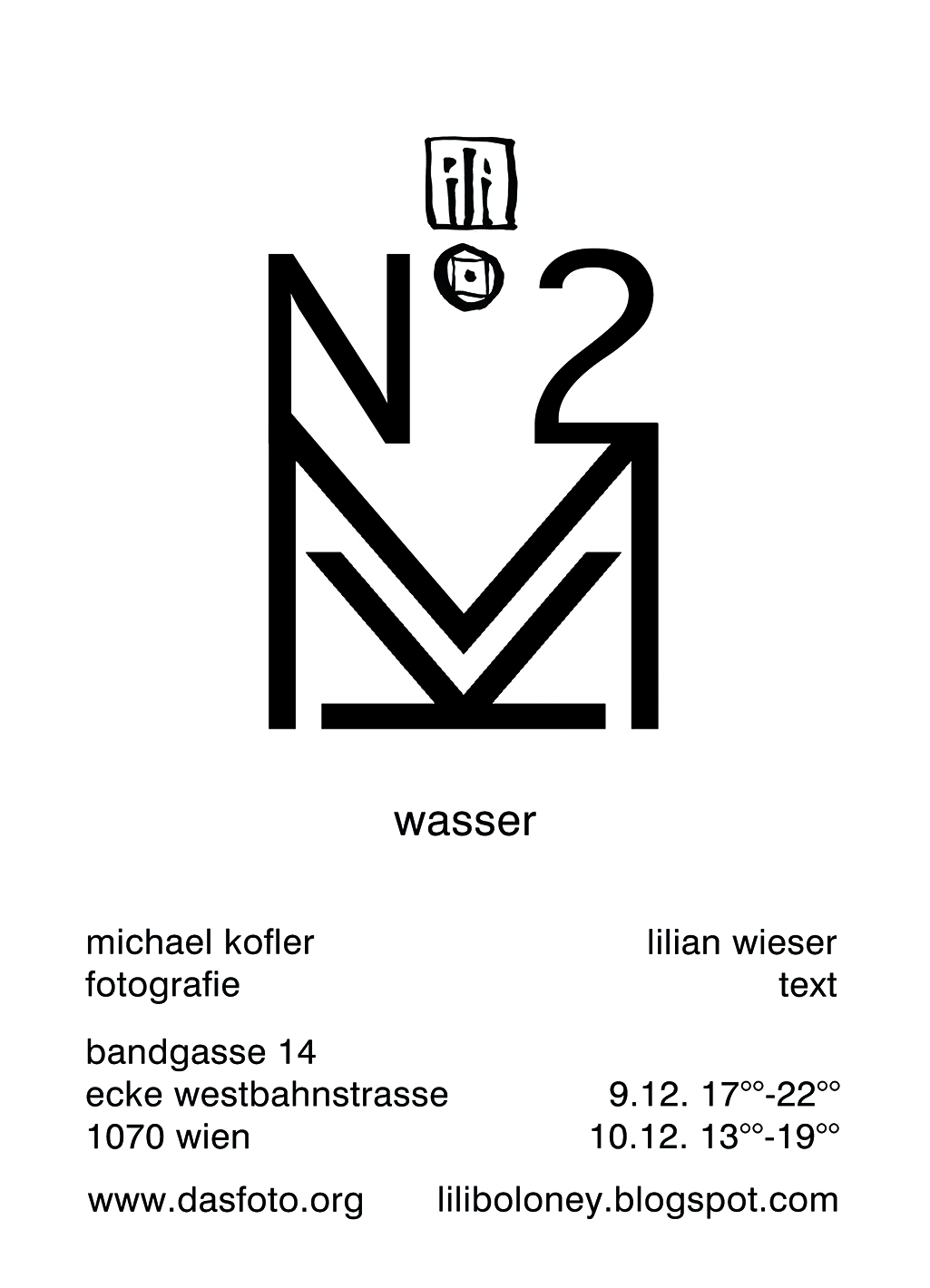